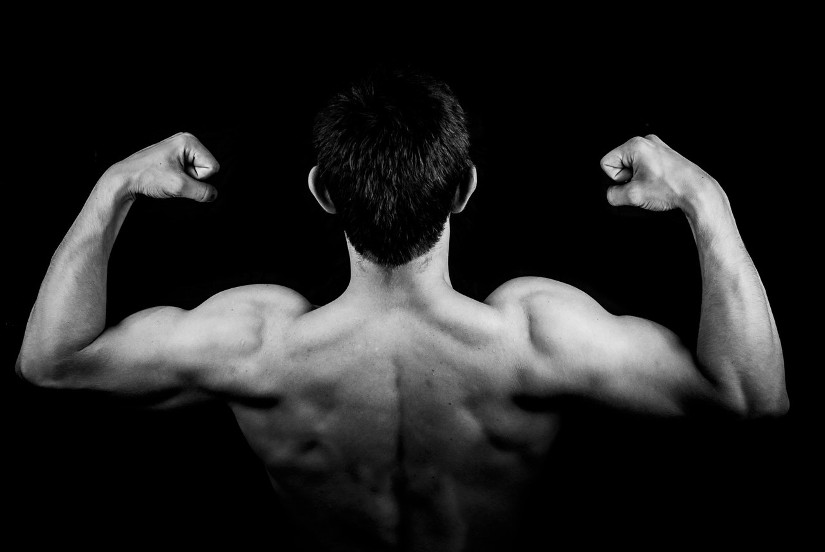 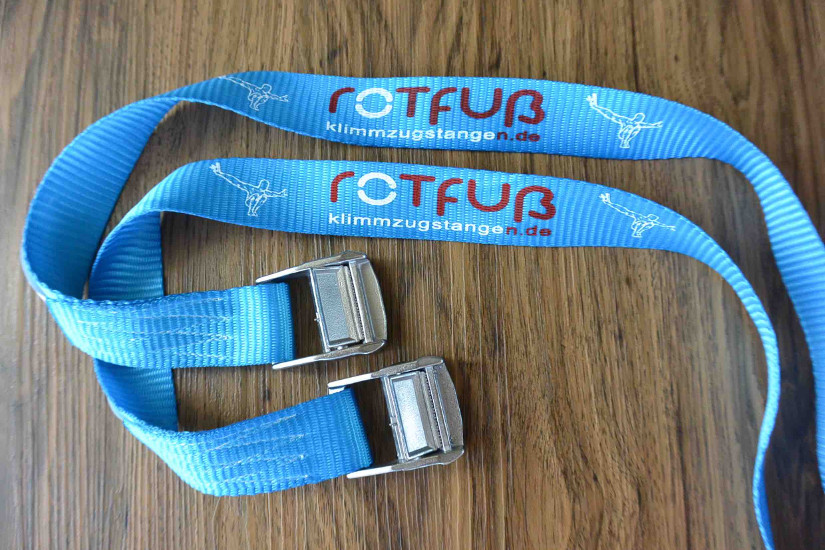 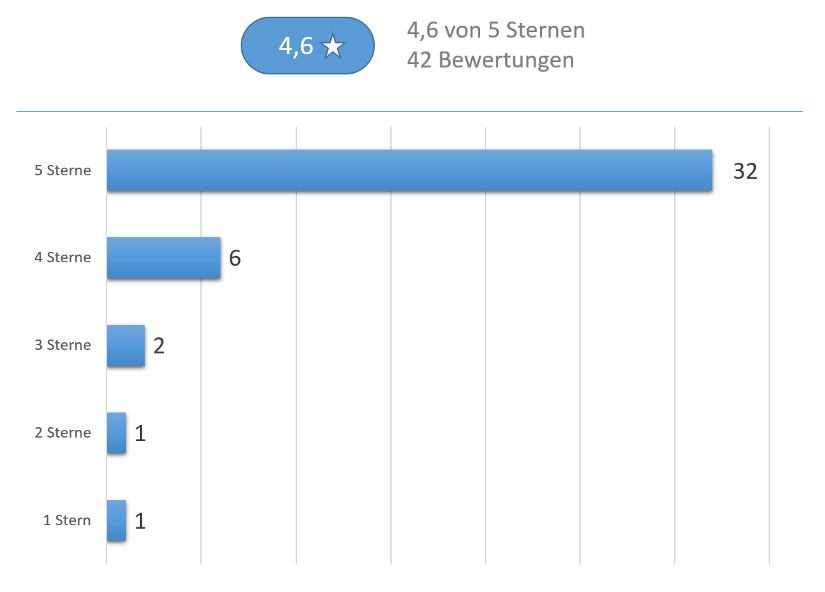 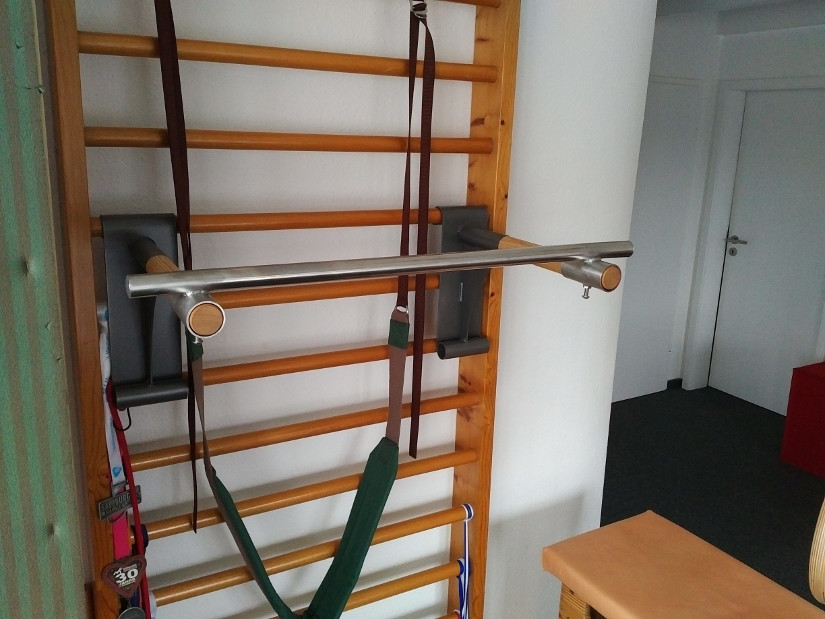 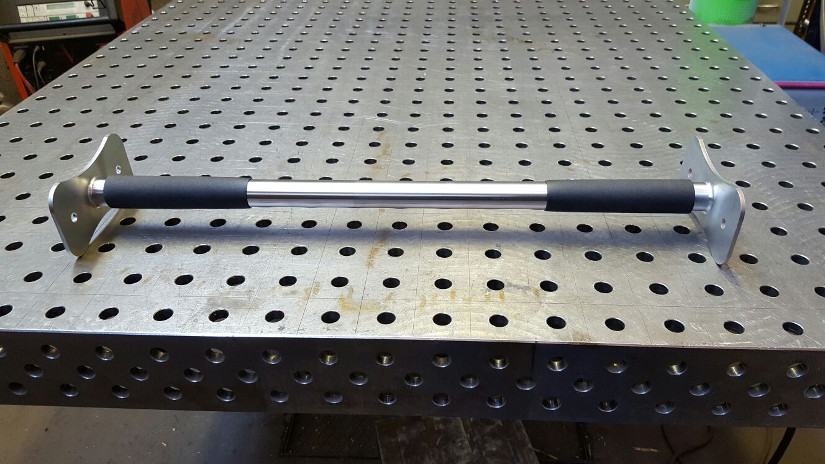 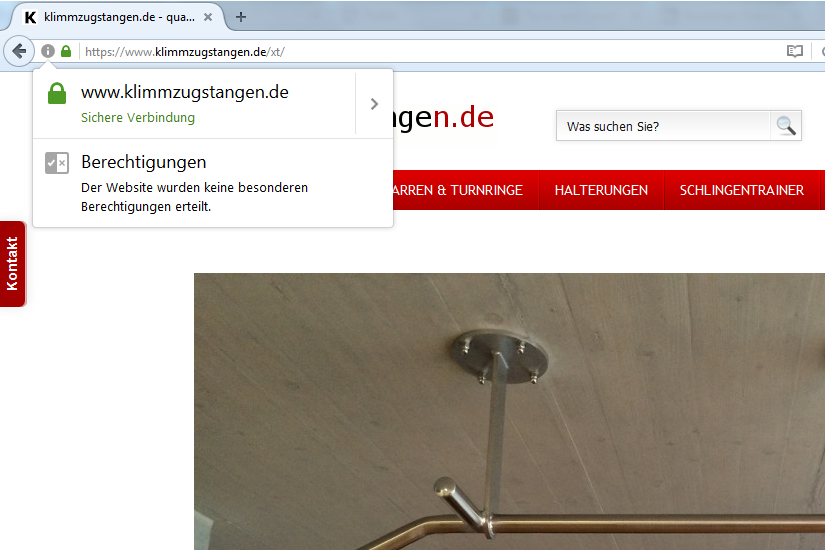 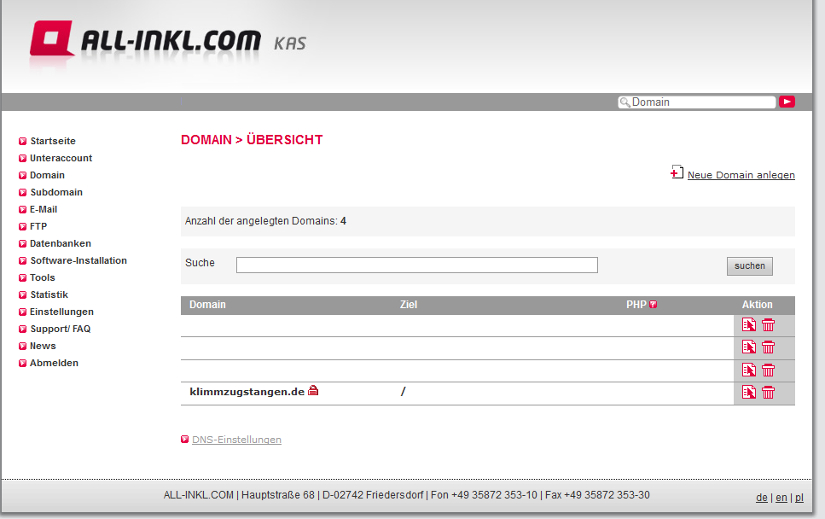 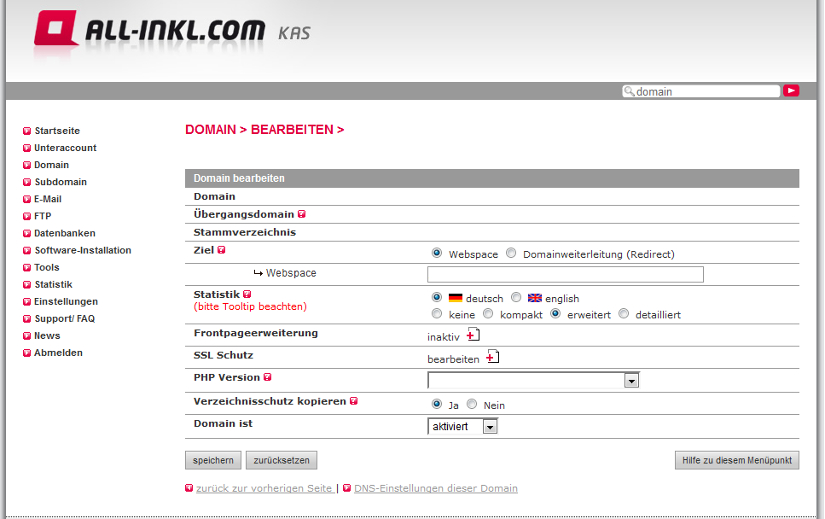 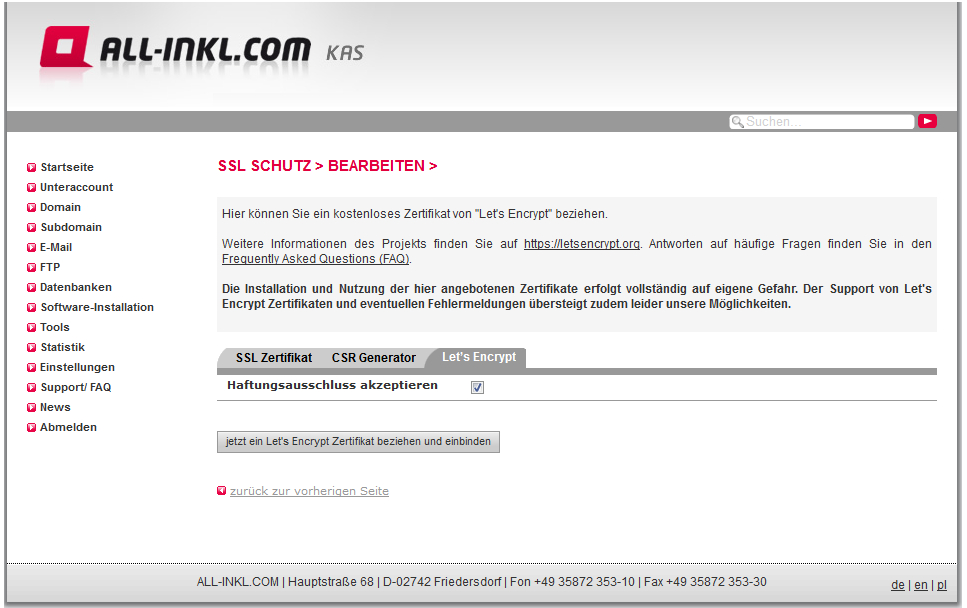 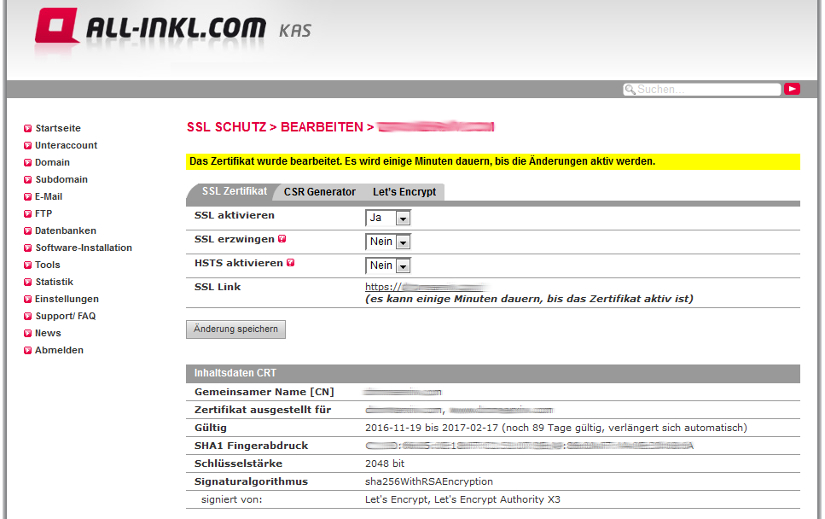 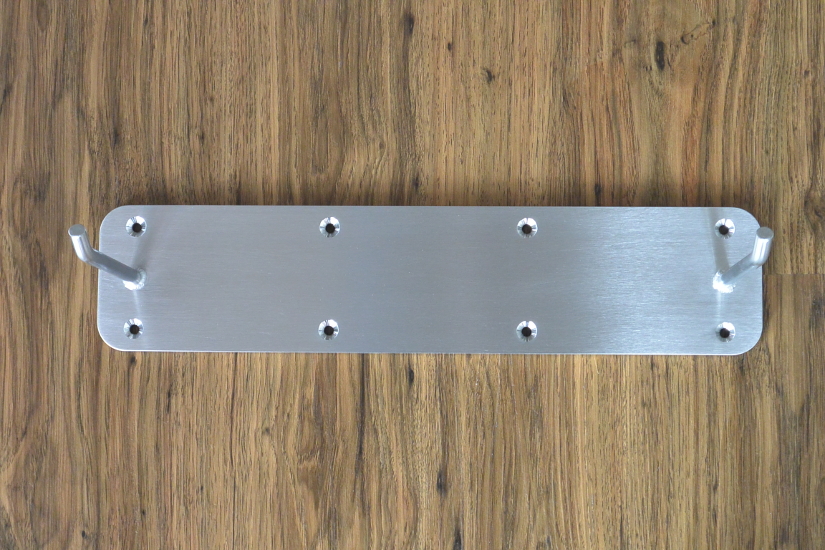 Take care of order and overview in your gym or in your home gym with this practical stainless steel holder for your mats or other fitness gadgets. You can now buy this mat holder in our online shop.

The mat support is suitable as a fixed point for various exercise, fitness, sports, yoga, pilates, or gymnastic mats. The holder can accommodate up to 10 mats (at 4 cm mat thickness).

The fact that we are very flexible and able to respond to many requests for changes, should have been already known to you. But I would mention it again: If the distance between the hooks does not fit into your mats, do not despair, simply specify the required changes in the order and we adjust the distance for you. 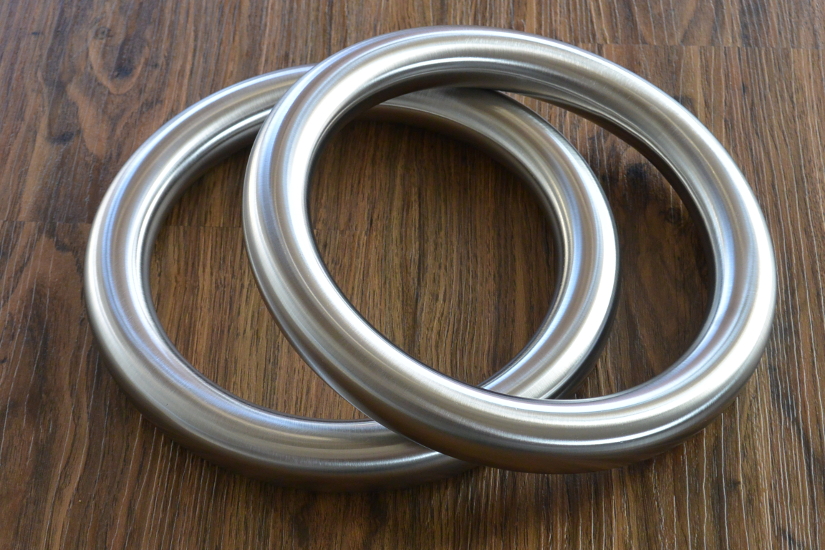 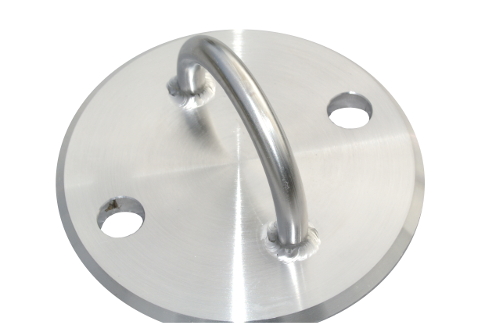 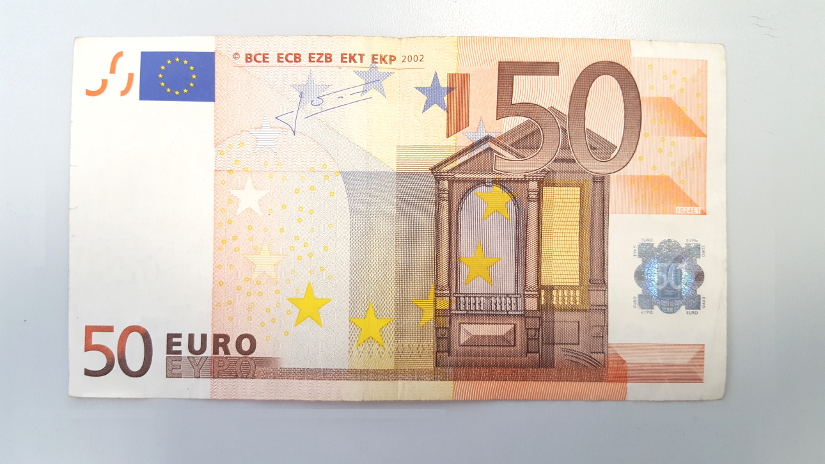 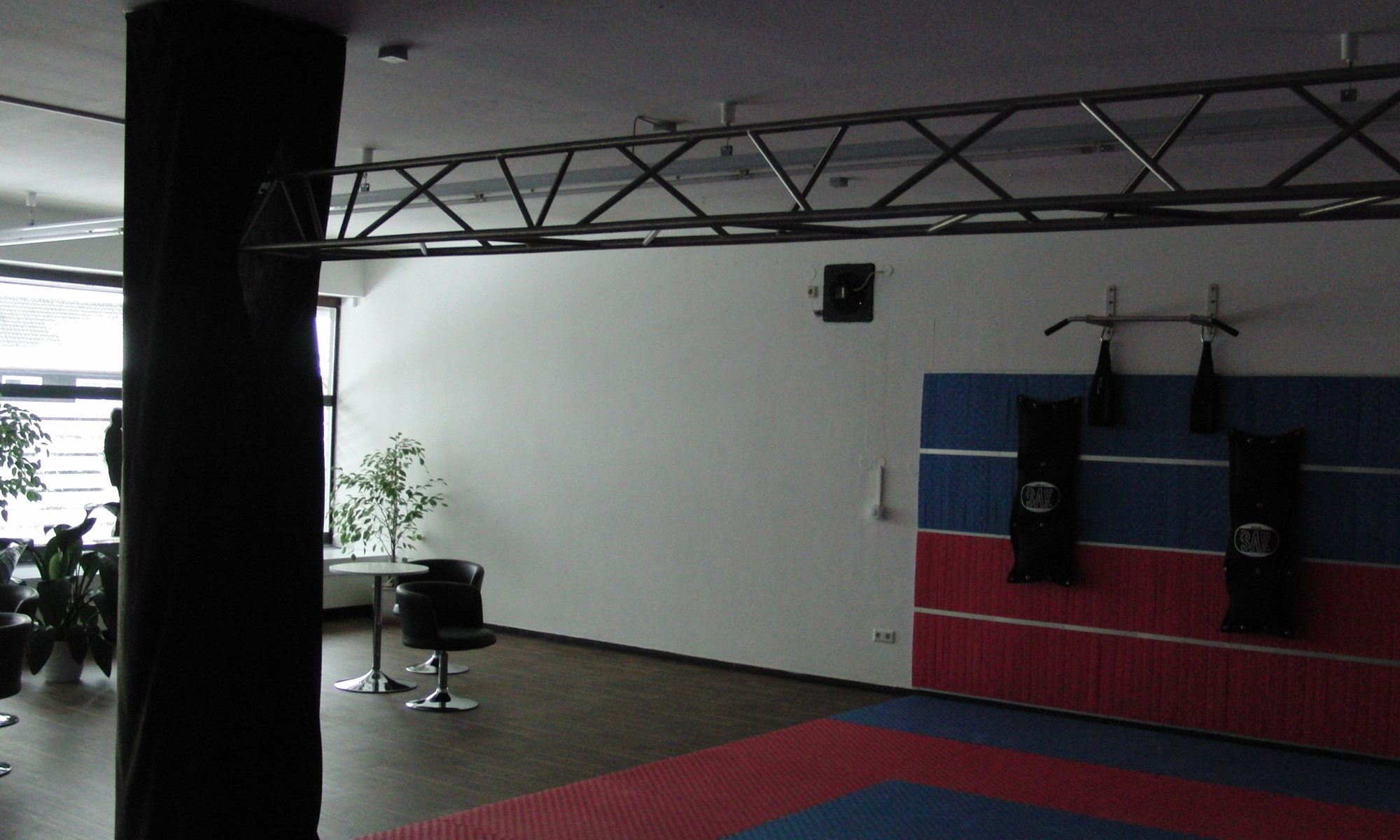 Hey guys, of course building a pull-up bar on your own isn’t easy. That’s probably why we get requests every week to modify our standard models or to develop new pull-up bars altogether. Recently we got a request for a XXL pull-up bar that we will describe to you in the following entry.

The e-mail we received kind of went like this:

“Hello, in my club I need a holder made of steel for my sling-trainer. It should be built similar to the holder for sling-trainers you already offer. If this is possible, I look forward to hearing from you.”

When I read this, I thought to myself: “hey, we can do anything”. I was happy because I thought we would only have to adjust the already existing holder for sling-trainers. But I was too fast. Since our service is very good, we had all the desired specifications together quickly. And they really differed from those of our other sling-trainer holder.

The Club (to be precise the Fight & Fitness Club in Aalen, Germany) needed a holder larger in size, that should also make pull-ups possible. It should be able to carry 4 people easily. Additionally it should provide space for a maximum of 8 sling-trainers. Due to its size we named the holder XXL pull-up bar.

In general these desired specifications are no problem for us. The main issue with it is that the holder must be attached between two posts that are 4 m apart. Impossible. With a distance this long every normal tube or pipe would bend completely.

In former times we would have said no to constructions like this. But in time we have grown. So we accepted the challenge and found the following solution.

As mentioned the main challenge is the distance of 4 m, especially considering the weight of the athletes it must carry.

Because of this we decided to use a construction based on the Maxwell diagram (see image below). This method allows a stable construction due to the triplicate in framework structure. It is also used when building crane jibs, since it helps carry very heavy weights. 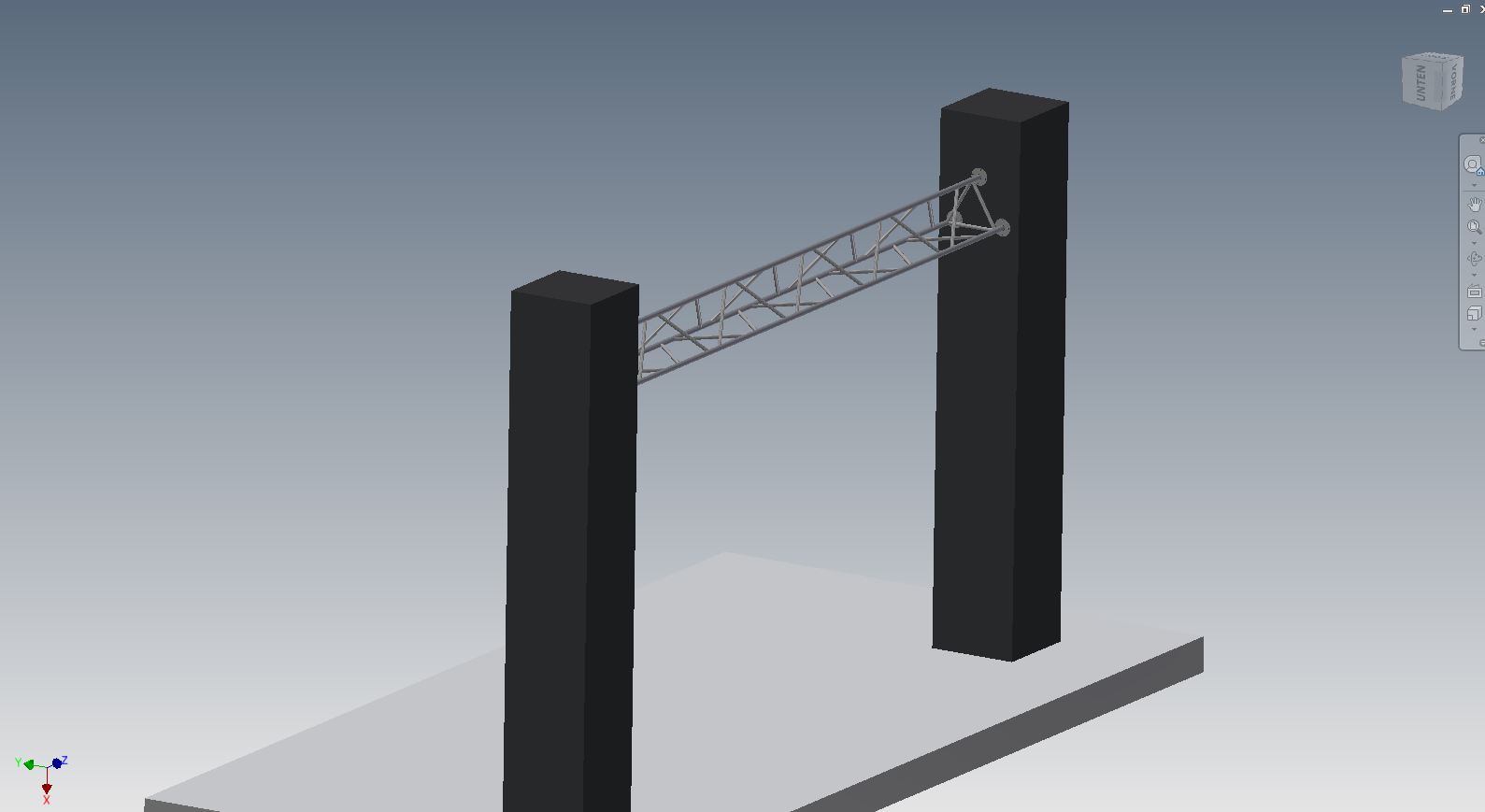 The first 3 images in the gallery show a graphical presentation for the construction.

After the construction of the module we went over to the trial phase. We have virtually simulated it according to the FEM simulation. Specifically, we performed two different experiments.

First we cut 6000 N (approx. 611.62kg * m/s^2) in half and the distributed both halves on the two sides of the bar. Each arrow represents a force of 3000 N. We placed the strongest force In the middle of the bar, since this is the area where the highest possible force can occur. 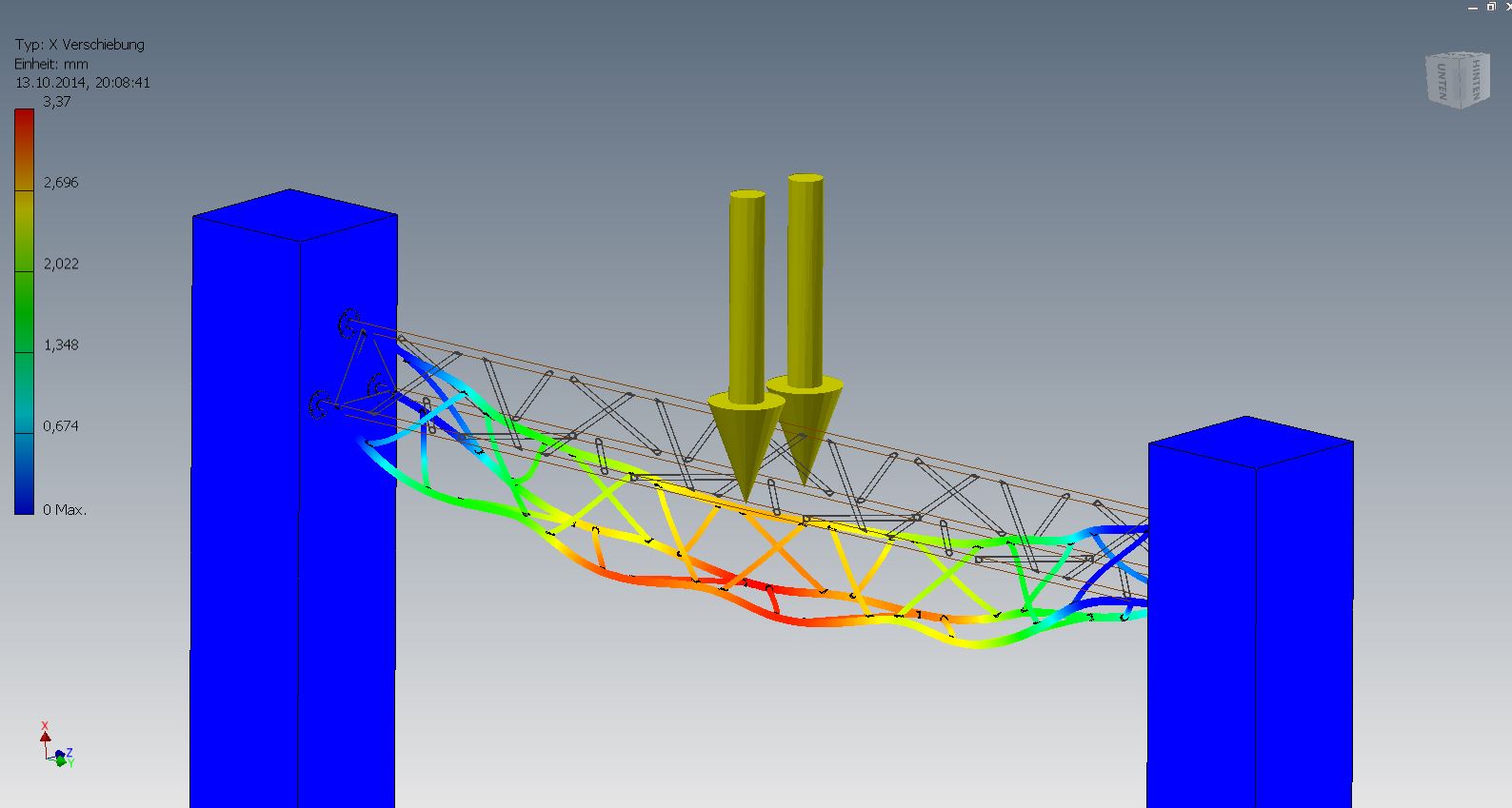 As expected, due to the Maxwell method, the stability of the XXL pull-up bar is tremendous. According to the FEM-simulation the maximum of displacement lies at 3.37 mm at this extent of applied force.

In a second attempt we tried to simulate a worst-case-scenario. This means that we strained the pull-up bar with the entire force of 6000 N on one side.

The simulation shows a maximum of displacement of up to 4,9 mm. This is still within the limits, since this is still far from the boundaries of plastic deformation (see image below with only one arrow). 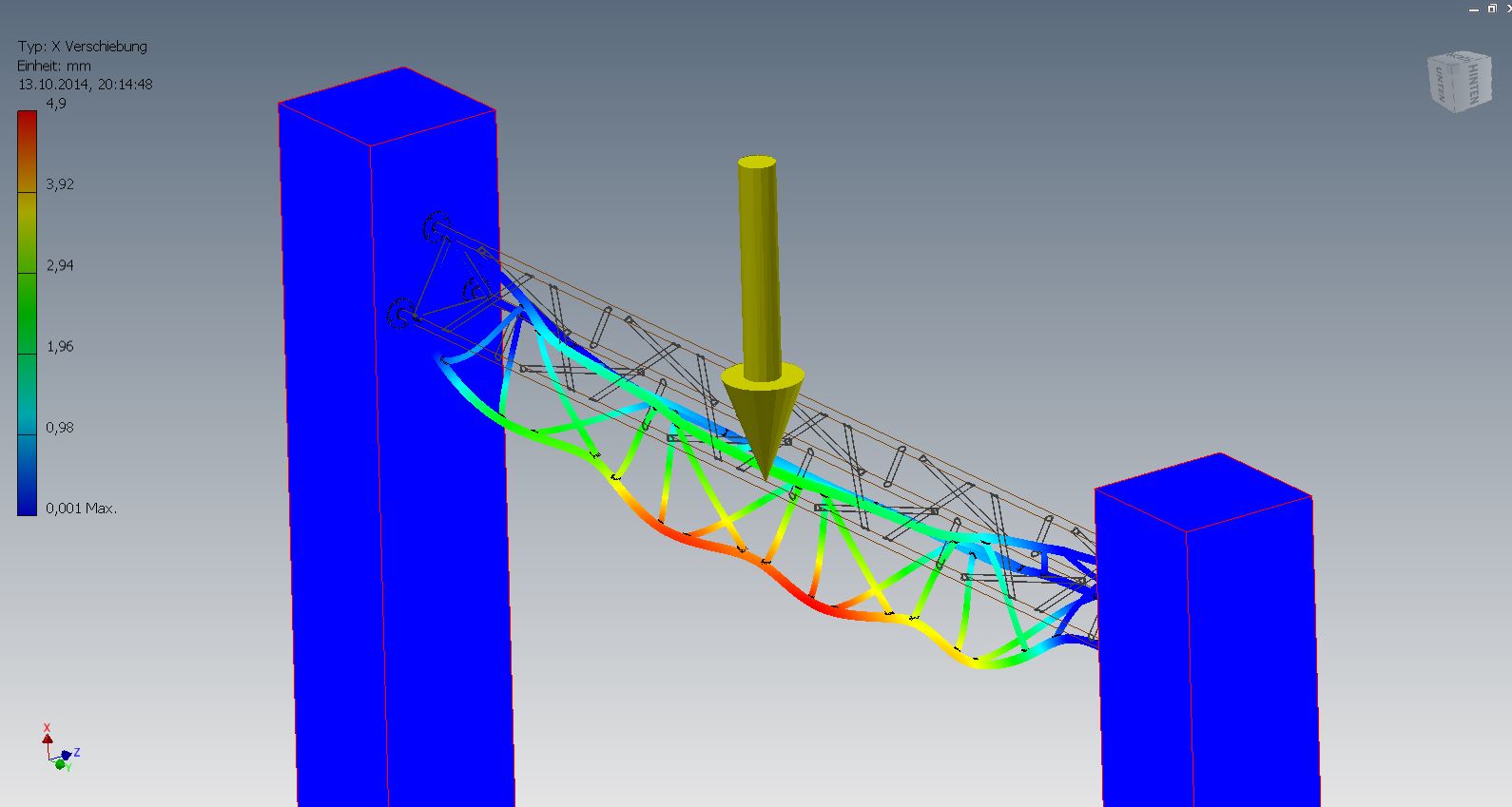 Due to the one-sided strain, in contrast to the first attempt, we now have additional torsional forces that draw the entire construction around its axis.

For the non-engineers among us: Torsional forces often arise on unevenly strained constructions. This means that we have to assume that the athletes might only train on one side, similar to the situation shown in the simulation. Quite conceivable in reality, so it is possible.

It needs to be taken into consideration that the FEM usually displays situations that are usually very close to reality. The results can also differ from reality though. In the end it depends on the model and if it describes the reality well enough.

The results of a simulation give orientation, but one cannot rely on them entirely. Altogether the FEM offers a simple and optimal foundation, close to reality for the development of difficult projects.

All in all this is a very interesting project. Whoever wants to build a pull-up bar himself is welcome to use the information we have given. We are happy to assist you with our expertise and production knowledge. 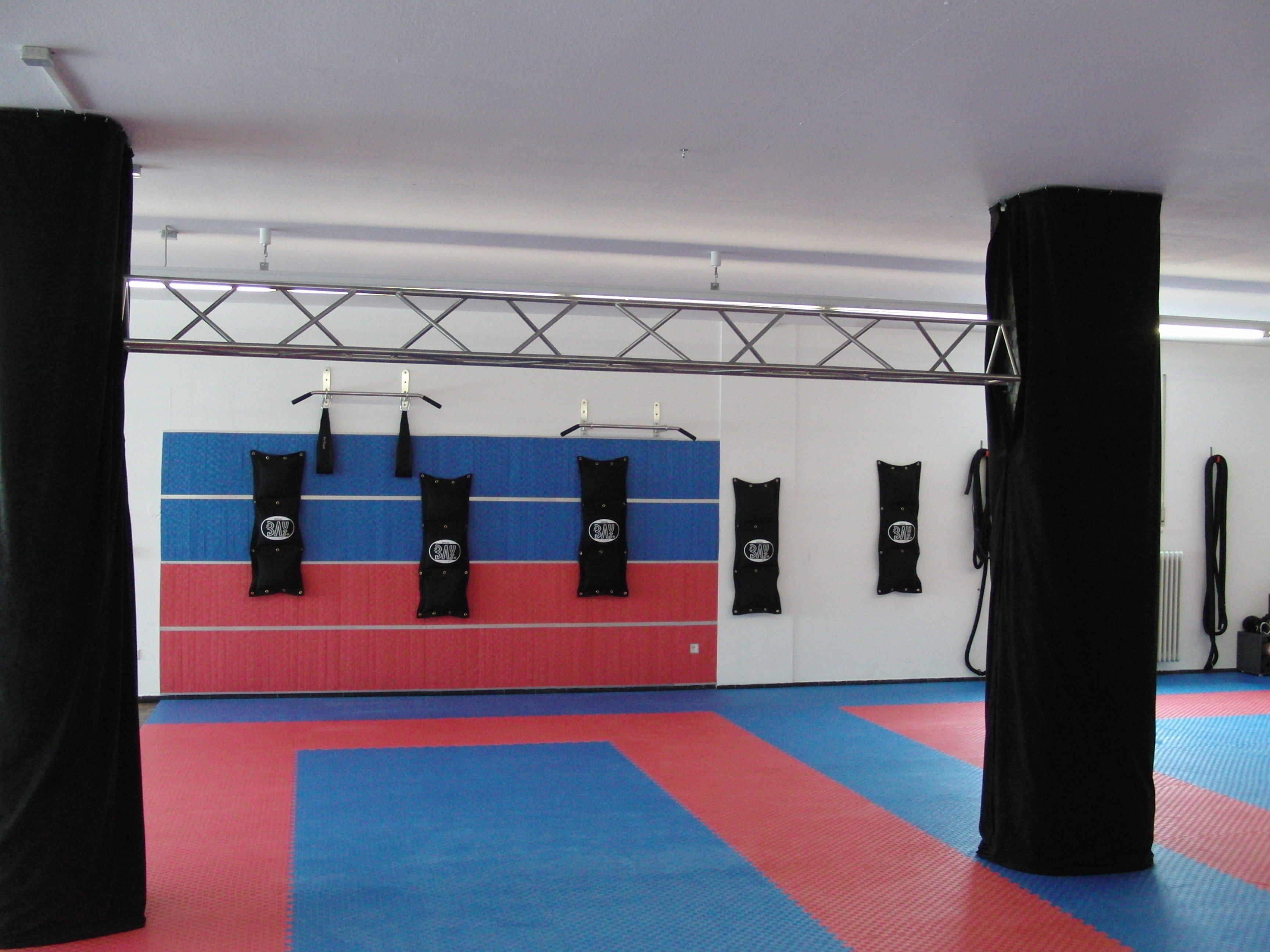 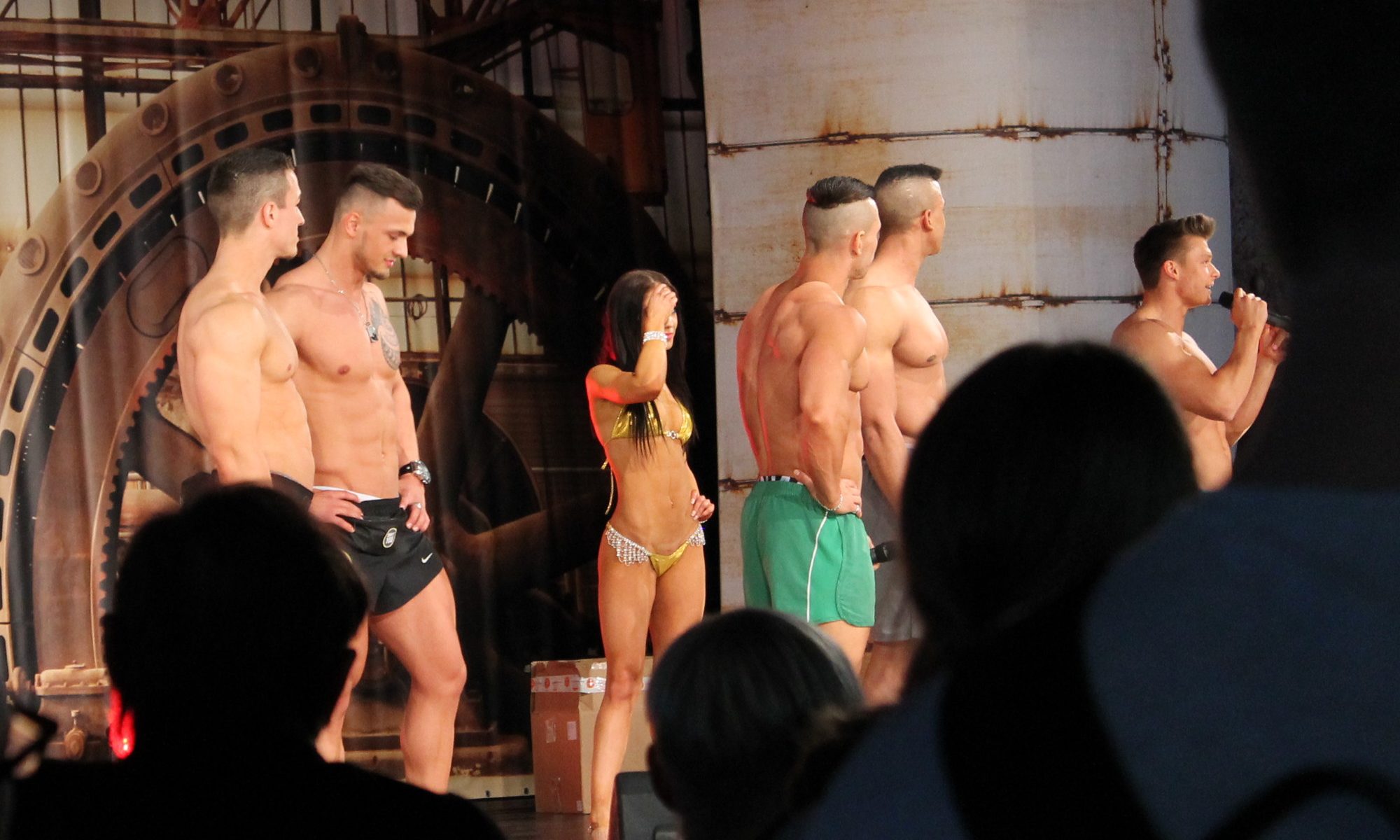 Author: Valentin Rotfuß on Monday the 4th of August 2014

In former times most bodybuilders used to look like testosterone filled hulks but today we see an increased amount of fit boys and girls with highly defined bodies.

How can I get a fit body?

A fit body gives you an attractive and self-confident appearance. It also prevents sufferings, such as back pain or a herniated intervertebral disc. There are so many different possibilities to strengthen your body. Doing bodyweight exercises in a gym or even at home can be super easy and still highly effective.

Which type of bodyweight exercises are the right ones for your workout plan really depends on the goals you have. But generally one can say that pull-up shouldn’t be missing in any body-weight workout, also in those for women.

Firstly, because pull-ups are perfect for strengthening your biceps, forearms, shoulders, neck and your back (esp. the latissimus, trapezius muscle and deltoid muscle). Secondly pull-ups are easy to do and still lead to a great outcome. There are some principles that must be taken in consideration.

Pull-ups can be performed with a wide grip or a narrow grip. The classic pull-up is done using an overhand grip with a width of ca. 100cm. Performing pull-ups on a bent pull-up bar is extremely difficult. The tighter the grip, the easier the performance – no matter which bar you use.

The most pleasant pull-up is the one done with a parallel grip (using additional grips transverse to the actual bar) because such pull-ups are very natural for our bodies and the biceps is in focus.

Combining pull-ups with other exercises, like running and push-ups will already give an easy to do workout for your entire body.

With a good workout- and nutrition-guide you’ll be able to achieve a defined, well-looking upper body in only 15 weeks (watch FREELETICS video from Levent Oz.). Getting rid of back pain will be even easier. That is possible in only 3 weeks (read the blog post on Running, pull-ups, push-ups). 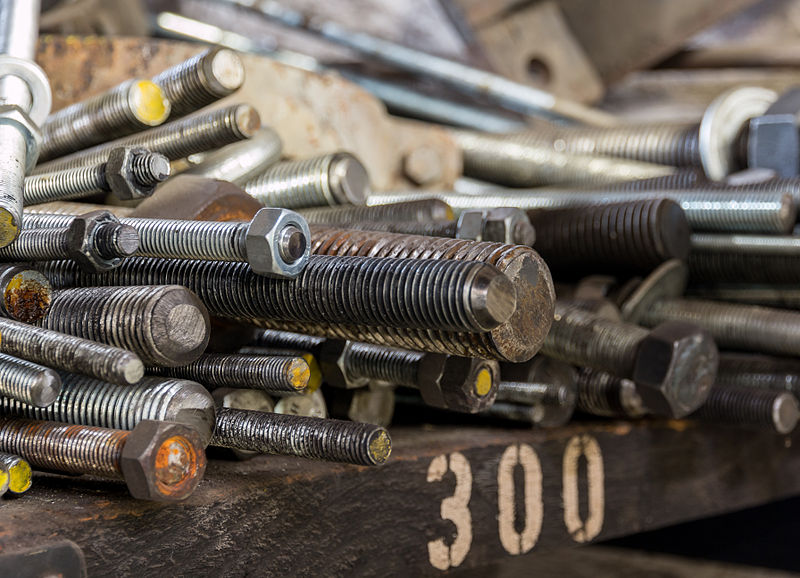